There is so much more to eating than just different cuisines and flavors. Each country has its own set of traditions, rituals and beliefs that are embedded in the food they eat and the dishes they cook on a daily basis. Traditional Qatari dishes are no different. In fact, there is so much to discover when it comes to these traditional Qatari dishes – some of which have been passed down from one generation to another for many years now. There’s just something about eating any traditional dish that your ancestors ate before you that reminds you of home and how fortunate you are to be able to taste it again. It also gives you a greater appreciation for your own culture and what you can do with simple local ingredients. It is what makes your people special, united, and proud. Qataris are well known for how much they are proud of their traditional Qatari food and dishes.

Arabic Traditional Qatari dishes are one of the most varied and delicious cuisines in the world. The culture of Qatar is similar to the neighboring culture of Bahrain, Saudi Arabia and the United Arab Emirates. This means that most of the dishes are Arabic with a lot of Persian and Indian influences. However, it has its own distinct flavors that are unlike any other cuisine. Some of the most famous dishes are seafood, soups and stews. The most popular Qatari food is Arabic bread. This is an Arabic staple that is eaten with every meal. Traditional Qatari foods are usually served on a large platter, this allows people to eat on the same platter using their right hand, as a part of the traditional way of eating those traditional dishes and tasting them as it really is.

Having the world cup of 2022 in an Arabic country like Qatar is an opportunity to taste all Qatari foods. Therefore, if you are visiting Qatar in the world cup 2022, you cannot miss out on the experience of trying delicious foods of authentic Qatari dining by visiting one of Qatar’s pop-up restaurants. Several upcoming restaurants in Doha are hosting pop-up events during the football World Cup, which will not only allow you to try authentic Qatari dishes but also allow you to experience trying those amazing traditional Qatari dishes using your hands. Eating with your hands is not only a cultural experience, but it’s also a delicious one. You’ll be able to taste the complex flavors of the local ingredients that go into these traditional Qatari dishes, unlike with a fork and knife, which will hide the true flavors of the Qatari food.

If you are craving the flavors of authentic Qatari foods and you are visiting Qatar any time of the year, here are some of the best restaurants that serve traditional Qatari food that gives you the whole experience of being in an Arabic country:

Here are the 5 best Traditional Qatari Dishes You Definitely Need to Try!

Al-Qarah kebab is one of the most known traditional Qatari dishes that consist of a spiced meat dish that is served with a special flatbread called Shubat. This dish is often made with lamb or mutton and is cooked in an earthenware pot over a wood fire. Al-Qarah kebab is often served during special occasions and holidays like Ramadan. It is usually eaten with other traditional Qatari dishes and foods like Zahabiya rice. Al-Qarah kebab is also served as a snack during the day or with tea at night. It is often eaten with dates or Qarqoush, which is a sweet syrup made from dates.

Maghrabiya is a traditional Qatari dish made with a mixture of meat and spices. The meat is wrapped in a semolina dough and then baked in an earthenware pot. This dish is eaten as a main meal and is commonly accompanied by Arabic bread, salad, and Qarqoush. It is also eaten with a special sauce called Tahini, which is made from sesame seeds. Maghrabiya is often eaten during special occasions, such as weddings, New Year’s Eve, Ramadan, etc. It is one of the best Qatari foods and is often served in restaurants.

Another classic traditional Qatari dish, which is considered as the main dish that is cooked in every Qatari house, that can be prepared with anything available is Saloona. The dish is generally prepared with beef, fish, or lamb. One can use seasonal vegetables to prepare them with ginger and garlic. Visitors coming to Qatar can find Saloona in any traditional restaurant. In fact, there is a traditional restaurant in every market in Qatar. The salon can be eaten with bread soaked in broth.

After having a great traditional Qatari dish, Besheer, a traditional Qatari dessert made with rice and milk, will make your stay in Qatar even better. It is one of the most famous Qatari dishes and is a must-try. What makes Besheer so unique is its cooking process. While many desserts are baked, this one is steamed. This keeps the rice moist but firm and gives the dish a unique consistency. Besheer is often topped with dates, pistachios and coconut shavings. While dates are the most common topping, you may find other fruits like apples or oranges on the dish, depending on the season.

In conclusion, a country such as Qatar, not only it is known for its best luxuries such as new Arabic perfumes, but also is known for its richness of foods and traditional Qatari dishes. Being a country between Bahrain, Saudi Arabia and the United Arab Emirates gives it a lot of diversity in foods and dishes. Qatari dishes such as Maghrabiya, Al Qarsh Kebab, Mansaf, Mushakhan and Basheer are all dishes that are part of the traditional Qatar life that is cooked by every family. Such dishes may not be found in any restaurants in Qatar but can be in every restaurant that serves traditional food such as Al Waha, Al Manchab, Walima and Jasmine Palace Restaurant are all special for different things, but they all serve traditional Qatari foods at its best, after all as it is known ” The key to a man’s heart is through his stomach”, therefore, Qatari people always make sure they steal your heart! 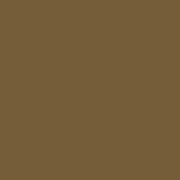 10 Best Places to Eat in Qatar! 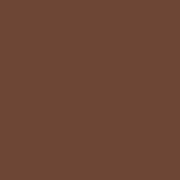 Souvenir Shops in Qatar: Your Guide to Unique Gifts to Take Home
0 replies

The Top Ten Lebanese Movies You Need to Watch

Souvenir Shops in Qatar: Your Guide to Unique Gifts to Take Home
Scroll to top