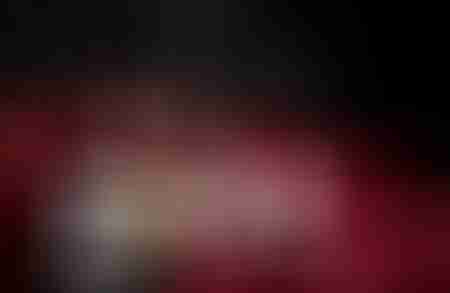 Egyptian cinema has a rich history, dating all the way back to 1923. The country is widely recognized as one of the leading producers of movie content in the Arab world. The Egyptian movie business in Egypt has experienced a new surge of activity in recent years. The national cinematic market has witnessed a substantial increase in the number of movies produced, with nearly 200 movies released in 2020 alone. However, the industry still faces challenges when it comes to raising quality standards and broadening viewership to attract more diverse audiences.

The country’s new generation of filmmakers is introducing fresh ideas and exploring new thematic angles, tackling sensitive topics regarding social problems that the nation has such as drugs, unemployment, and underemployment, to reach the top of the list of the best new Egyptian movies. Film festivals have also become popular events that draw both local and international audiences interested in exploring independent cinema and discovering new talents to act in and produce movies that can be considered the best new Egyptian movies on different streaming channels such as Netflix. Thankfully, we’ve also seen a resurgence of exciting projects over the past few years that promise to reach top movies internationally. We’ve created a list of the best new Egyptian movies on Netflix:

122: Your First Choice to Watch the Best New Egyptian Horror Movie on Netflix

Few to almost none of the Egyptian films ranked among the top horror movies, but this one made the list of the best new Egyptian horror movies on Netflix. The film tells 122 social stories in one terrifying night inside a hospital, which is supposed to be a safe place for everyone.  The movie continues to narrate the story of a young man and woman that get stuck in this hospital after being in an accident. The movie includes very exciting scenes and events. It makes viewers wonder; can the protagonists survive?

This best new horror movie opens the door to the thriller industry in the Egyptian market and is a good point for business makers as an integral work in all respects, but it is difficult to compare it to horrific Hollywood movies. The movie was a success as a horror and thriller thus creating new genres in the Egyptian world to compete over. This Egyptian movie includes sequential features and consistent events that go with the rhythm, and music. As well as being filmed in a very professional way and in different filming angles.

The Crime: Your First Choice to Watch the Best New Egyptian Crime Movie on Netflix

This Egyptian movie is a cop movie that follows the story of a murder, which takes place in the 1970s. The movie narrates the story of Ahmed Ezz, who at the beginning of the movie, suffers from hallucinations and enters a hospital, but escapes from it to become a professional criminal. The protagonist commits many crimes for money. The movie continues to narrate those crimes in existing and breathtaking scenes. This Egyptian movie is a good choice for those who like adventures and excitement, so that’s why it ranks as one of the best New Egyptian Crime movies on Netflix!

The budget for this movie exceeds 100 million pounds. This Egyptian movie does not only generate significant revenues and Egyptian theaters but in other various Arab and foreign countries as well, provoking a major state of controversy among the public in social media.

During a dinner party, seven friends decide to play a dangerous game, in which all attendees place their cell phones on the table and agree to make all texts and calls public in an attempt to prove that they have nothing to hide when in fact, everyone has something to hide.  The movie then narrates the stories behind the massages and calls that the attendees receive, which lead to huge fights and events. The movie’s release led to controversy in the Arab world due to the events in the movie, which may present many ethical and social problems in society. Don’t miss out!

The Humans and The Mongoose: Your First Choice to Watch the Best New Egyptian Comedy Movie on Netflix

Since the Egyptian movie industry is known for making top funny movies, this movie that ranked best new Egyptian comedy movies must be hilarious. Aside from excitement and suspense, this Egyptian film is filled with fantasy and comedy scenes. Mohammed Hennedi embodies the character of Tahsan, who is in charge of the House of Terror at a gaming amusement. He lives with his mother, Arifa Abdul Rasul; his sister, Denia Maher; and her husband, Mahmoud Hafez.

Tahsin meets a beautiful girl, Namin, who plays her role as Ma ‘na Shalabi. He falls in love with her and gets to know her family, including her mother, Sabrin, and father, Bayoumi Fouad but funny problems always occurred.

Click Here to Watch The Humans and the Mongoose | Netflix

The events of this Egyptian movie revolve around a journalist played by the artist Ramez Jalal, who tries to investigate and find a metro serial killer with the help of the autopsy doctor by disguising himself as a character in a French tale called The Hunchback of Notre Dame. The film has many action and comedy scenes that snatches the eyes of the viewer for 1 hour and 38 minutes. Don’t miss this Egyptian comedy movie!

“Mom is Pregnant?”: Other Choices to Watch Among Best New Egyptian Comedy Movies on Netflix

This best new Egyptian comedy movie represents some cultures in the Arab world concerning marriage and having children, but they do not wish to do so until the events are turned upside down when they learn of their mother’s Samia pregnancy and her birth to twins. The movie includes many scenes that are full of humor and sarcasm. If you want to escape reality for a little, this movie sure will help you!

Click Here to Watch Mom Is Pregnant on Netflix

The Knower: Your First Choice to Watch the Best New Egyptian Adventure Movie on Netflix

The artist Ahmed Ezz in this Egyptian movie embodies the main character, who is Younis. This Egyptian adventure movie is inspired by a true story of the “war of minds” as told by Younis, who lives with his wife and infant daughter in an apartment in the central region of the country. Younis begins his life as a normal person who is well-versed in technology and is hired by a security agency to carry out a dangerous official mission. The movie has a lot of action scenes featuring the star, Ahmed Ezz. The movie was produced professionally with the work of four of the biggest designers of battles, action scenes, and dangerous scenes; therefore, it deserves the title of being the best Egyptian adventure movie on Netflix.

One Second: Your First Choice to Watch the Best New Egyptian Romantic Movies on Netflix

“One Second” starring Dina El Sharpini and Mustafa Khater, is a comedy Egyptian movie that makes you laugh non-stop. The movie follows the story of a young man who meets a girl and causes her a lot of problems. The girl then got in an accident that dramatically upends his life. The movie “One Second” stars Dina Al-Sharpini, Mahmoud Hamida, Sausen Bader, Weizu, and Ala Rushdie. It is considered one of the best movies for Egyptian people as well.

The movie narrates the story of five teens, who fall into many troubles and difficulties during high school. An Egyptian comedy film screened on January 6, 2020, with revenues of more than 2 million and 600,000 pounds. In the first scene, we meet the character of “Sally,” a teenage girl trying to achieve her dream of becoming famous on social media. She’s filming a live video, telling different stories of her friends and her acquaintances. In addition, the movie has many dramatic scenes that represent the struggle in their journey to adolescents,

Nothing feels better than watching good films while laying around on a Friday night. Especially if the movies were Egyptian one since they are almost the best new movies of all time. Therefore, not only do Egyptian movies rank as top movies in the Arab world but also internationally in all genres. There are numerous options for top Egyptian movies, but today we brought to you the best new Egyptian movies on Netflix. Whether we bring you Lebanese movies or Egyptian ones, we always try to provide the best of the best to make your search always easier. So, Save the list to use when you feel like watching such interesting movies! 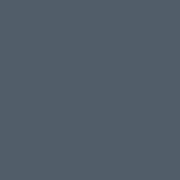 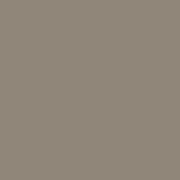 Souvenir Shops in Qatar: Your Guide to Unique Gifts to Take Home