Best Arabic Cartoons for Kids to Learn Arabic and Culture

Arabic cartoons are very popular among children around the world. These cartoons have been entertaining children for decades. There are many reasons behind their popularity.

Importance of Arabic cartoons for kids

How to choose Arabic cartoons for your kids

If you want to make sure your kid enjoys watching cartoons, then you should choose a cartoon they enjoy. If you have no idea what your child’s favorite cartoon is, then you can ask them what their favorite shows are. You can also watch some of these shows together and find out if any of them appeal to you.

Some cartoons are short, while others last longer than 30 minutes. When choosing a cartoon, you should take the length of cartoon episodes into consideration!

If you’re looking for a cartoon that your whole family will enjoy, then you should consider finding one that everyone agrees on. That way, you’ll be able to watch it together without arguing over who watches what.

The cartoon of The Magic School Bus is characterized by the plenty of information it provides to children in the scientific and technical fields. School children travel with their teacher and their magical bus that can fly, shrink and travel through time to faraway places. On each trip, the cartoon presents unique information that you will be surprised that may do not know. The bus will travel to the North Pole, desert, space, atom, galaxy, ant cell, ancient times like the age of dinosaurs and inside the human body, and it provides information about all these things in a fun template for children.

Second: Me & My Brother in Arabic (أنا وأخي)

The series talks about a family who lost their mother in a car accident. The family consists of the father, Mr. Adel, and two sons, Sami the eldest and Waseem, the younger brother.

Sami is 10 years old. He has a good heart and gave his life to take care of his little brother Waseem after the death of their mother. Sami does not like to offend anyone, no matter the circumstances, even if he gives up his right because of that. This is not like his friends Hassan and Salem.

The series includes many emotional and very touching scenes. Do not miss any episode of this purposeful and wonderful series.

Forth: Noor and the gate of history (نور وبوابة التاريخ)

An Egyptian animated series. This series provides historical information about some important scientific figures in Arab Islamic history, such as Ibn Sina, Jaber Ibn Hayyan, Ibn Battuta, Abbas Ibn Firnas and other personalities who influenced the history of mankind and how they made their discoveries.

The series shows a quiet place where everyone, people and animals, lives with love and peace. The program aims to help children prepare psychologically and mentally to go to school. Music, singing, science, awareness, humor, and humanity all come together to weave beautiful, educational scenes. “Iftah Ya Simsim” (Open Sesame) teaches children numbers, letters and colors and gives them the opportunity to develop their emotional and social spheres.

Sally is a Japanese animated series with a human depth. Produced by Nippon Studios in 1985, Sally is the Arabic name for the main character of this cartoon series adapted from the famous novel by the writer Frances Hodgson Burnett under the name “The Little Princess” and the name of the girl in the novel is Sarah.

Young Sally becomes an orphan when her father dies and is forced to work as a maid at the boarding school she was once a student at.

The series talks about two bears, Luz, the quarrelsome spirit, who always protects his sister Sukkar from any dangers, in case they stay away from their mother, and nearby there was an Indian tribe in which the young boy Majd lived, who developed a strong friendship the bear Luz and his sister Sukkar.

But the evil character appears in the series, Sakhr, who plans to hunt the mother of the two young puppies to sell her at a great price.

After the murder of their mother, the two little bears move to live with Majd, and the days pass happily for everyone, until the evil Sakhr appears, who does not stop chasing Luz and Sukkar.

Mukhles, the friend of the animal is a great and noble cartoon. It is like a school from which we all learn that animals were not created in vain and that their presence in nature helps in the conduct of its essential balance, and that compromising and distorting its living system will lead to a defect in the correct order of nature and will lead to undesirable results.

Our friend Mukhles tells us in every episode a new story that teaches many lessons and bring many benefits, and its end is often sad. It is really one of the most wonderful series ever.

SpongeBob in Arabic سبونج بوب is the most famous and best American comedy TV series that is loved by adults and children, as its entertaining episodes narrate several adventures of cartoon characters in the deep sea, and its long series of episodes increased its popularity and ranked it as the highest-grossing cartoon series on Nickelodeon channel.

SpongeBob is a cartoon character in the form of a yellow sea sponge. The character of SpongeBob is characterized by activity, optimism and childlike enthusiasm for life. The pleasant humorous atmosphere appears in his pineapple-shaped house. The story of SpongeBob begins with his transition to a job as a chef in a fast food restaurant, but his main goal in life was his success in obtaining a boat driver’s license from Mrs. Puff’s boating school and despite his many attempts, he was never successful in obtaining a driver’s license.

Labiba is an artificial intelligence inside a computer, called when needed in order to ask her for information, new inventions and amazing scientific discoveries, to find herself a permanent friend to the two brothers (Walid) and (Haya). 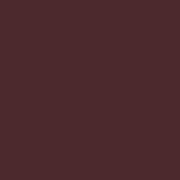